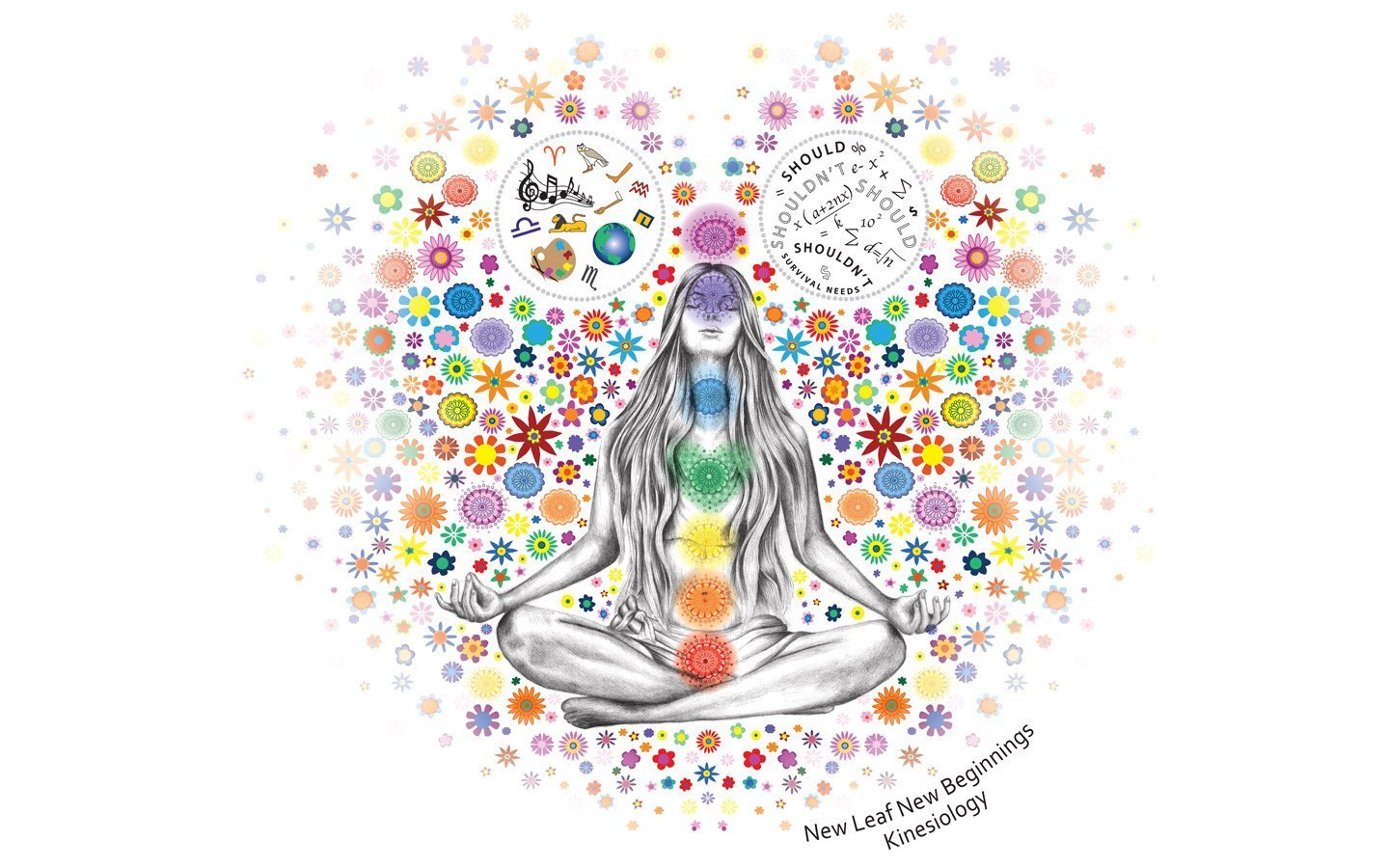 The creation of this Guided Meditation Album was derived by the wonderful journey that Kinesiology has taken me on.

Kinesiology is the “Art of Exploration” to identify old patterns of behaviour, then working through a process to investigate where the patterns were originally created. A bit like venturing down the rabbit hole and free falling to see where its going to take us.

A common issue that I work with in the clinic is that old belief system of ‘attracting financial abundance’.

For example, my client and I would simply create a positive affirmation, such as..

Then the body, using the Kinesiology “Muscle Monitoring” would take us on a journey through the vibrational body to indicate were there is a blocked belief system.

Having worked with the vibrational body for over then years, the four major blockages I found predominantly relates to:-

The Muscle Monitoring, then gives us an indicator of which Chakra is out of balance. A bit like a tuner for your guitar, indicating which string is out of tune. We could then rebalance the energy system through a number of techniques but the most effective was the most simple …the art of the conscious breath.

So equipped with the knowledge that these Chakra patterns derive such a powerful message as to how your body really works, I felt it would be amazing for people to be able to simply balance themselves through using this Guided Meditation and clearing their own vibrational blockages, allowing their energy pattern to be more align with what they really wanted rather than where their old patterns choose to take them…

I love the idea that people can be clearing, maintaining and rebalancing their energy system at any time of the day or night…anywhere in the world. Xx

And that’s what inspired Chakra Clearing…

The Lesson of the Melatonin

Understanding yourself via the Higher Chakras